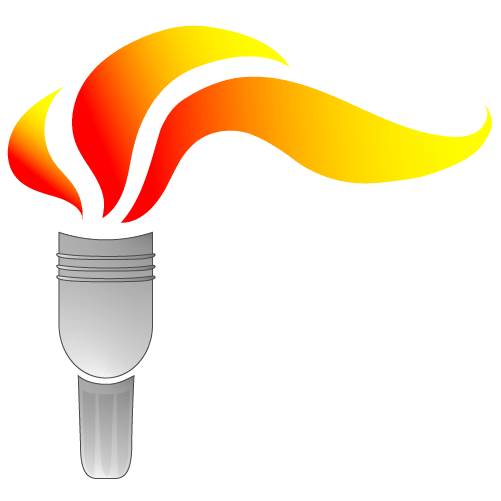 2020 Legislative Recap: The Good, The Bad, and the Just Plain Silly

The 2020 Colorado Legislative Session was one for the history books. A truncated session with a10-week temporary adjournment, one would think there wasn’t enough time to introduce new legislation of any real consequence. One would be wrong.

The Republican Liberty Caucus, also known as “the Conscience of the Colorado GOP” reads and rates bills as they are introduced at the Capitol. The Caucus recommends either “support” or “oppose” positions based on the principles of individual rights, free markets and limited government. We then compare our positions with the votes of each legislator and run the Liberty Scorecard. Of the 711 bills that were introduced – 65 more than 2019 – we rated 449 and recorded over 3,000 votes that took place in committee hearings as well as floor votes in each chamber. The results paint a picture of which legislators embrace conservative ideals and which do not.

The RLCCO is in a unique position to provide a recap of the session, summarizing the bills that were good, those that were bad, those that had the most impact on the citizens of Colorado, and just for fun, those bills that we considered silly and that never should have seen the light of day.  Following is our recap.

Sponsored by RLCCO’s Goldwater Award winner Rep. Patrick Neville, this bill would have allowed a person with a concealed carry permit to carry a handgun on public school property. Not surprisingly, this one died in committee.

Also known as “Right to Work”, this bill would have prohibited an employer from requiring union membership or payment of union dues as a condition of employment. This was sponsored by Representatives Ransom and Neville in the House, and Senators Gardner and Marble. Another DOA.

This common-sense bill sponsored by Rep. Rod Pelton, is another one that died on a party line vote in the “kill committee,” House State, Veterans and Military Affairs. It would have set forth specific parental rights related to directing the upbringing, education, and health care of a minor child. This was somehow offensive to the Democrat party.

A bi-partisan sponsored bill that was introduced early in the session, this one gained steam after the COVID-19 outbreak when governors in most states decided to allow health care workers to practice where needed, across state lines, without applying for new licenses and credentialing. The bill includes many other professions and was one of the few good bills passed in this session. It was sponsored by Representatives Bird and Van Winkle, and Senators Gardner and Lee.

These were continuing resolutions that were introduced by Republicans in both chambers.  They would have amended the Colorado Constitution so as to restrain the Governor from extending a declared state of emergency beyond 30 days without a 2/3 vote of the General Assembly. This issue would have been referred to the ballot, but died in the House State, Veterans and Military Affairs committee.

One of many late bills introduced, this one requires that employers with 16+ employees in Colorado provide paid sick leave to each employee. Beginning January 1, 2021, all employers in Colorado must provide one hour of paid sick leave for every 30 hours worked, up to a maximum of 48 hours per year. The fiscal note was fairly small, but the impact on business will be large.

While less impactful than many bills introduced this session, this bill is an unapologetic expansion of government in the lives of Colorado citizens. It interferes with the individual freedom and personal responsibility of legal adults. It raises the minimum age to purchase cigarettes, tobacco products, and nicotine products from 18 years old to 21 years old. This bill was co-sponsored by Republicans Colin Larson and Kevin Priola and was passed.

Current law requires a home builder to offer a buyer of a new home a solar panel system or solar thermal system, or to prewire for them. This would add a requirement to prewire for or to provide an electric vehicle charging station to new homes, thus increasing the cost of building and consequently the price of homes in Colorado. It is notable that this bill was co-sponsored by Kevin Priola, a Republican. It passed.

This bill prohibits a business owner from discriminating, retaliating, or taking adverse action against any worker who raises concerns about workplace health and safety practices. In the age of COVID, this bill is a trial lawyer’s dream and is broadly supported by unions. It passed.

One of Governor Polis’ priorities going into this year’s session, this is a referred ballot initiative that would raise $83 million to $168 million in new tobacco taxes to fund pre-school and various health initiatives. Because sin taxes are easy to justify and smokers are an easy target, it passed.

Bills With The Greatest Impact

Though Colorado hasn’t executed anyone since 1997, this bill will take the death penalty off the table for crimes committed after July 1, 2020. The governor commuted the death sentences of the last 3 men on Colorado’s death row after signing the bill into law. It should be noted that this issue was most recently referred to the ballot in 1974 when 61% of Colorado voters were in favor of capital punishment.

This bill creates the Health Insurance Affordability Enterprise which imposes new fees on hospitals and insurance companies to shore up the Reinsurance program. By declaring it an “enterprise”, this fee increase skirts TABOR restrictions and is a thinly-veiled tax that is used to subsidize health insurance plans that are purchased by low-income individuals.

As it stands now, with a few exceptions, your Colorado taxable income is the same as your Federal taxable income. Under the CARES act, the IRS is allowing more generous deductions and tax credits that were intended to help small businesses get back on their feet following the COVID pandemic. The Tax “Fairness” Act would disallow many of these and is, in effect, a tax increase on small businesses, LLCs and C Corps that would generate an additional $94 million in tax revenue to be used “presumedly” for the State Education Fund. What it really does is free up money for all the new government programs that were rushed through the last few weeks of the legislative session. It’s rotten and will impact a lot of people whose main source of income is an LLC. Many folks have small businesses that are essentially “pass-throughs entities” that can be filed as part of their personal tax returns. This is going to hurt many of those people.

This bill will allow almost 26,000 state employees to unionize, increasing costs to taxpayers by about $9 million over the next two fiscal years. The bill creates the COVID Heroes Collaboration Fund. On July 1, 2020, the state treasurer must transfer $7.0 million from the State Employee Reserve Fund (SERF) to the new fund to cover the initial costs. Beginning in FY 2022-23, the obligation will be shifted to the General Fund.

Under current law, students must either provide their immunization records, a certificate of medical exemption, or a statement of non-medical exemption for religious or personal beliefs in order to attend school. This bill requires parents to complete an online immunization education module if they want an exemption.

The assumption is that as a parent, if you decide against vaccinating your child, you can’t possibly be making the right decision. The government will force you to complete a course that will help you change your mind. It’s as insulting as it is coercive.

This bill also requires health care practitioners to submit immunization and medical data to the Colorado Immunization Information System (CIIS) maintained by the CDPHE. CIIS has proven to be a system that is easily hacked, thereby exposing a child’s records to unauthorized use.

A lot of moving parts to this one. The measure submits a question to voters in November 2020 repealing the Gallagher Amendment. Specifically, it repeals the 29 percent assessment rate in the Constitution for most nonresidential property, the calculation of the target percentage, and the requirement that the General Assembly adjust the residential assessment rate to maintain the target percentage.

The Gallagher Amendment was passed in 1982. It requires 45% of the state’s property tax base be levied on homes, and 55% on commercial properties. With rising home values over the years, the state has had to ratchet down the assessment rate to maintain that ratio. That’s hurt rural communities that rely more on residential property taxes for schools, and forced the state into a situation where it now pays 65% of the cost of public education, with local property taxes covering the rest. When Gallagher was adopted, that ratio was exactly the opposite and the state was only paying 35% for public ed. This is an effort to shift the burden onto the localities and free up General Fund money for other government programs. Either way, it grows government and hurts businesses.

The bottom line is that If your personal property taxes go up, you see it and you feel it immediately. If business property taxes go up, they will pass those costs on to the consumers in the form of higher prices, so you may not see it immediately, but you’ll certainly feel it over time. That’s what this repeal would do. This resolution passed, so it will appear on the November ballot.

Sponsored by Democrats Dylan Roberts in the House and Kerry Donovan in the Senate, this bill specifically targets commercial egg producers in Colorado. It states that beginning January 1, 2023, a producer is prohibited from knowingly confining an egg-laying hen in an enclosure with less than one square foot of usable floor space per hen. Beginning January 1, 2025, the enclosure standard becomes:

This bill died a natural death, but will no doubt be resurrected next year. Because chicken lives matter.

SB20-154: Bring Your Own Wine Into Restaurants

Another “important” bill sponsored by Senator Kerry Donovan of Vail, this one would have allowed a customer to bring one container of wine to a restaurant, consume the wine during a meal ordered from the restaurant, and reseal and remove the partially consumed container after the meal.

The bill creates the “Traveling Exotic Animal Safety Protection Act”, which prohibits the use of exotic animals in a traveling animal act. A person who violates the Act commits a misdemeanor and is subject to a fine of between $250 and $1,000 per violation.

In an attempt to craft a fiscal note for this bill, Legislative Counsel Staff came up empty-handed.  Here is what they said: “To form an estimate on the prevalence of this new crime, the fiscal note analyzed the existing offense of transporting exotic wildlife without a license as a comparable crime. From 2017 to 2019, one offender was fined for this existing offense, but it is unknown whether an exotic animal was involved.”

A colossal waste of time and taxpayer dollars. 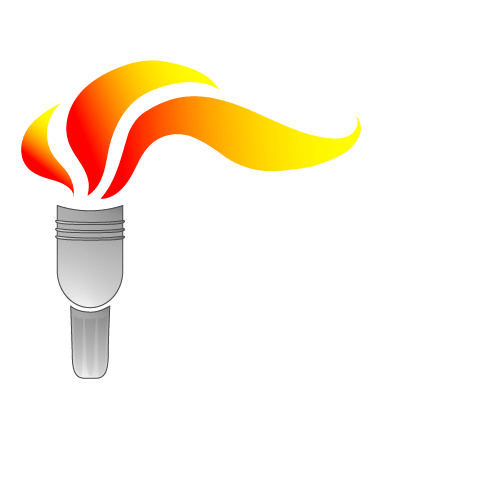